Forest Life lays within the Millevache Regional Nature Reserve in the Creuse.

This natural reserve is situated in the heart of the Limousin (now called Nouvelle Aquitane) region, extending over the départements of the Corrèze, Creuse and Haute-Vienne and covering an area of more than 3,300km². The park is home to 38,000 inhabitants living in 113 communes, 63 of which are in the Corrèze. Of the seven different landscapes making up this large plateau, the valleys of the Haute Corrèze around Meymac and Mont Bessou (the highest point of the Limousin at 977m), the mountain springs around Millevaches, the Gorges du Chavanon to the east, and the Monédières hills to the southwest are in the Corrèze section of the park.

Water is the most abundant natural feature on the Plateau de Millevaches, also known as the plateau of “a thousand springs”, along with heathland, wetlands and ancient broad-leaved forests. Here the peat bogs, springs and rivers of the Loire and Dordogne basins are home to many unusual species, such as the Round-leaf Sundew (Drosera rotundifolia), the Freshwater White-clawed Crayfish, (Austro-potamobius pallipes) and Bog Rosemary (Andromedia polifolia). Also found in the clear waters of the plateau is the otter, whose image is the emblem of the area.

The skill and expertise of the old inhabitants of the plateau can be seen in the many monumental crosses gracing the byways and crossroads, in the medieval bridges, wells, fountains, bread-ovens and barns, as well as the Gallo-Roman ruins that are found in the area. Perfect for hiking and outdoor activities, the Plateau de Millevaches is criss-crossed with numerous footpaths, cycle routes and mountain-biking trails, which can equally be explored accompanied by a pack-donkey or on horseback. 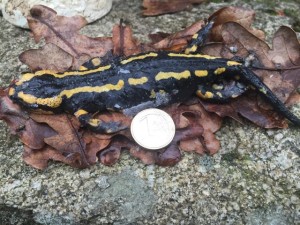 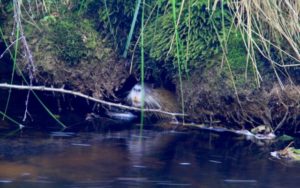 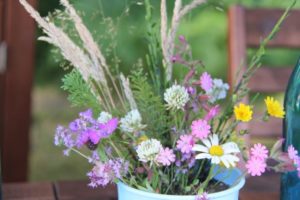 Wildlife is what Forest Life is about and you can see most locally common species on the property. But the surrounding forest area will reveal buzzards, black and red kites, the red squirrel, deer, pine marten, hare and wild boar. Otters have also been seen in the River

There are a huge number of wildflowers to discover and identify as well. 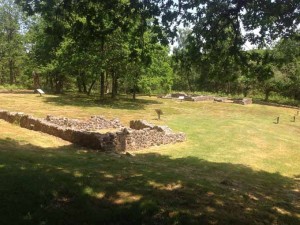 About 5 minutes away by car is the remains of a Gallo Roman villa. 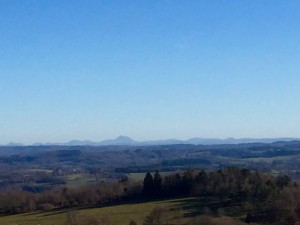 5 minutes away by car – a small circular route that takes you to the top of the hill affording great views of Felletin in the North and the chain of volcanoes to the East. 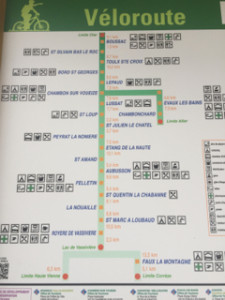 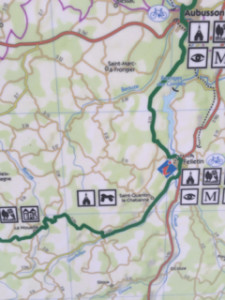 The property lies just off the popular velo (cycling) route, which runs along the D992 to the north of the property. 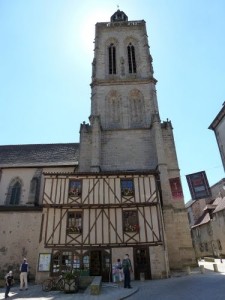 The nearest town of Felletin is a 10 minute drive where you can have a quiet coffee or wine in one of the quaint bars or just sit in the middle of the town watching the world go by. The town is a medieval tapestry town so you could seek out the factory. Every Friday there is a market selling fresh produce. On the outskirts of town there is a 24 hour petrol station and a small supermarket. 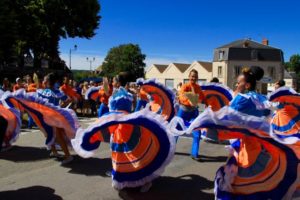 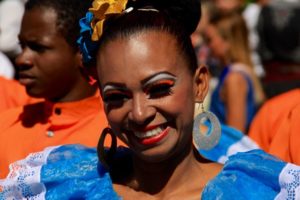 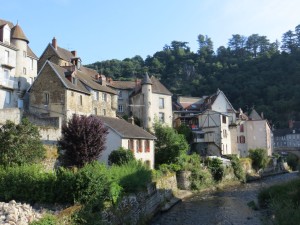 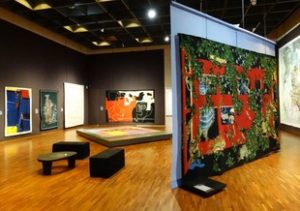 The historic medieval town of Aubusson, is about 20 minutes away. It has a large range of shops and to the north of the town, there is an industrial estate with a garage, laundry, bistro and France’s version of Homebase i.e. Briconauts.

There are many medieval buildings in Aubusson and the tapestry museum is worth a visit. Both Felletin and Aubusson maintain the tradition of tapestry manufacturing to this day and you can visit the newly opened (2016) tapestry museum 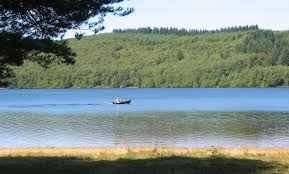 Lac de Lavaud-Galade is only 20 minutes away from Forest Life. It is a large lake ideal for picnics, canoeing, fishing and wild-swimming. This is one of our personal favourites. 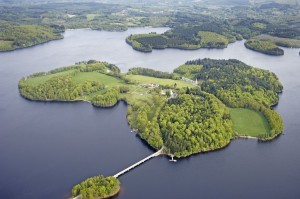 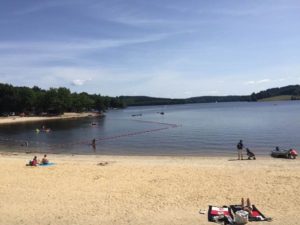 The man-made lake plays host to water sports and other more active outdoor leisure activities including windsurfing, sailing, motor boating and water skiing. Boat hire is also available. There are many safe areas away form the water sports just to relax and have a swim. 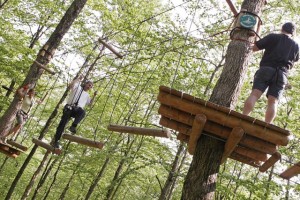 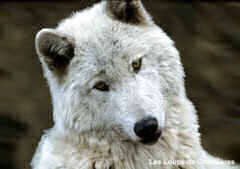 The wolf sanctuary offers a unique close-encounter with wolves loups-chabrieres.com 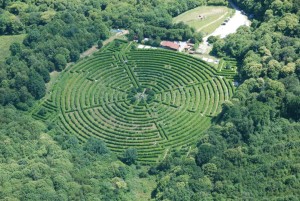 The world’s largest maze is also in Gueret labyrinthe-gueret.fr 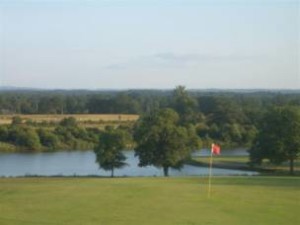 If you play golf then you should head to Gouzon at Jonchère. It has both 9 hole and 18 hole courses. 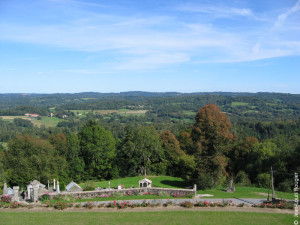 At Saint-Georges-Nigremont you will find the 15th C church of St.Georges with spectacular views across to the mountain range of the Massif Central.

At Chenerailles you will find the privately owned 15th century Château de Villemonteix chateau-villemonteix.cla.fr. The interior has been restored and gives visitors an idea of what life would have been like during the 16th century. The château also exhibits many ancient Aubusson and Felletin tapestries.

Puy de Sancy – sancy.com will give you amazing views from the top (by cable car) and is the highest peak in the Massif Central at 1,886m. The Puy de Sancy is popular all year round with both skiers and hikers.

The city of Clermont-Ferrand is about an hour and a half away where you can find the extinct volcanoes of the Auvergne including the famous Puy de Dôme. Close to the Puy de Dome is Vulcania, vulcania.com the world’s only volcano theme park. There is also an Ikea in Clermont-Ferrand(!) 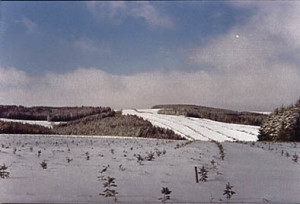 Cross country skiing is available here with some 90 km of tracks pigerolleski.free.fr

Apart from that – there’s nothing much to do!